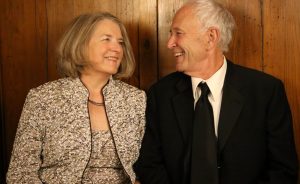 It’s apropos that The Settlers Inn marks this milestone in a year of unprecedented change. The Genzlingers point to their ability to adapt as one of the major factors in the longevity of their business. In 1980 the couple moved their young family into the Inn and began the work of refurbishing the property. Establishing a new business and raising three children under the age of 9 left little down time. “We were young, and we didn’t know what we were getting in to,” says Grant. “But we had a passion for what we were doing and jumped 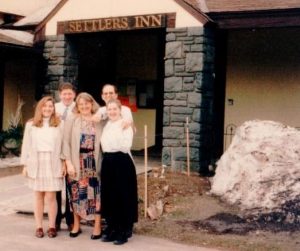 at the challenge. We enjoyed the process of peeling the building back from what it had become to what it was supposed to be.” The restaurant opened first, and it was farm to table from the very beginning. Jeanne says the building itself dictated the direction of the design. A deep dive into the style and philosophy uncovered a match to the English Style Arts and Crafts aesthetic. The Arts and Crafts movement began in England in the late 19th Century out of a dedication to preserve hand crafted skills. “It was a natural fit. We had the native materials to work with- the Chestnut hardwood and Pennsylvania Bluestone,” explains Jeanne. “When we finished remodeling the Great Room it was an aha moment. It just looked right, and we knew we had it.” The philosophy of the Arts and Crafts movement also lent itself to hospitality and the Genzlingers’ own beliefs- creativity flows from the head to the heart to the hands. Jeanne says that’s the mantra that’s carried through 40 years. 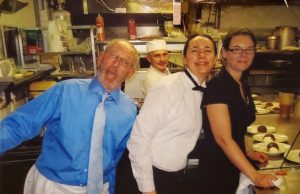 Jeanne and Grant are quick to acknowledge the help of many people who made The Settlers Inn what it is today. In fact, it’s the interaction with family, friends, staff and guests that the couple says have brought them the most joy. “We worked hand in hand with our staff,” says Jeanne. “So many of our guests became like family because they returned year after year and watched the Inn grow and came along with us on this journey.” The pair credits a commitment to excellence and quality as their key to success. “Our guests return because we deliver an experience that exceeds their expectation,” explains Grant. “There’s a comfort of coming back, but they know we’re striving for better and new experiences every time.” 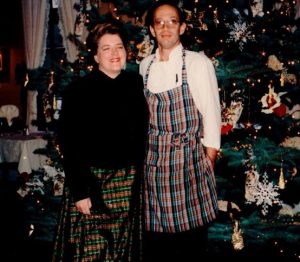 Striving for new experiences launched  a number of events that have become synonymous with The Settlers Inn and staple celebrations for the community. Candlelight Christmas is Jeanne’s favorite. She says they were sticklers for historical accuracy in developing the event that offers traditional holiday music, food and décor. “The building just lends itself to Christmas,” says Jeanne. “It really harkens to Charles Dickens’ England. For Grant, the addition of live music is a win-win every time. He says events such as Jazz on the Deck allow The Settlers Inn to give back to the community in a different way.

Reflecting as The Settlers Inn celebrates 40 years, Jeanne and Grant echo similar sentiments. Grant relishes being able to make a career out of his passions for cooking, gardening and farm to table living while Jeanne simply states, “When your work is your play, it’s not work.” Although Jeanne and Grant have handed over the day-to-day operations of the business to their son, Justin, they continue as mentors and consultants whenever needed. They hold a shared desire for The Settlers Inn to remain a vibrant part of the community, an anchor in the town of Hawley, still welcoming guests for another 40 years.