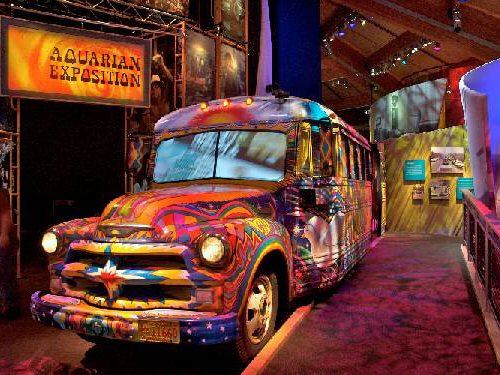 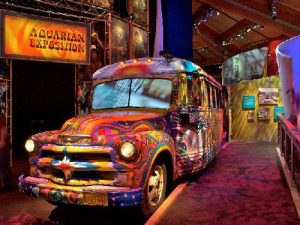 Believe it or not, just 33 miles from The Settlers Inn’s front door is what was once Max Yasgur’s 600 acre farm. To many people, this probably means nothing upon first glance. However, once people understand that Max Yasgur, a local dairy farmer in 1969, was the very person who opened his cattle pasture in Bethel, NY up to approximately 500,000 people for “three days of peace and music” and what finally came to be known simply as Woodstock, one’s interest tends to become piqued. Today, the Bethel Woods Center for the Arts, a large convention complex for the visual and performing arts, along with the Woodstock Museum stand where that pivotal concert once took place.

Regardless of one’s musical preferences, generation, political beliefs, and etc. one cannot deny that what happened at Woodstock on August 15-17, 1969 was historic. Originally, only 50,000 people were expected to attend. The citizens Wallkill, NY, the originally slated site, didn’t much appreciate the idea of 50,000 hippies coming to their town for three days. At the last minute, Wallkill passed a town ordinance stating that no more than 5,000 people could assemble in one place at a time. So, one month before the concert, the venue was changed to Yasgur’s farm in Bethel. Still only expecting 50,000 people, Bethel had no idea what was in store. Even though just over 100,000 tickets were sold, it became quickly apparent that many more people were coming for this peace, love, and music celebration.   Featuring acts like The Who, Crosby, Stills, Nash, and Young, Creedence Clearwater Revival, Jefferson Aiplane, and Jimi Hendrix, Woodstock was the cultural apex of the 1960s. Many people, young and old, are still awed and inspired by what organically transpired on those wet and memorable days. Promoting the philosophies that molded and transformed a generation is why the Woodstock Museum is open today.

“The Museum, which opened to the public in June 2008, is housed in a beautiful LEED-certified green building, set back from the top of the Woodstock festival hillside” http://www.bethelwoodscenter.org/the-museum/about-the-museum-at-bethel-woods). Inside the Museum are exhibits that share and teach the ideas that made the 1960s so relevant: peace, love, understanding, brotherhood. Presently, the Museum also offers programs and classes to educate today’s society about how to be kinder to our planet, to each other, and to ourselves.

One special exhibit that is coming to the Woodstock Museum at Bethel Woods is the Speak Truth to Power exhibit. This exhibit, Kerry Kennedy’s brain child, highlights various moguls in the American Civil Rights movement. Guests will be able to see this exhibit in the Special Exhibit Gallery from August 28-December 31, 2014.

Of course there are the regular exhibits that celebrate and relish the music, styles, viewpoints, and events that took place during the 1960s and especially during Woodstock. Movies, testimonies, memorabilia, and more await anyone who visits the Woodstock Museum at Bethel Woods Center for the Arts.

The Museum is open seven days a week from 10 AM to 7 PM until September 1st. September 2nd through October 13th, the Museum will close at 5 PM. During the winter, the Museum is open Thursday through Sunday from 10 AM to 5 PM and is closed on Thanksgiving, Christmas Eve, and Christmas Day. Tickets can be purchased at the Welcome Desk, by phone, or on Ticketmaster and are $15 per adult, $13 for seniors 65 and up, $11 for kids ages 8-17, $6 for children ages 3-7, and free for children under the age of 3.

While enjoying your stay with us at The Settlers Inn, why not take a journey through our mountains and back in time and visit The Woodstock Museum at the Bethel Woods Center for the Arts.

By the time we got to Woodstock, we were half a million strong,

And everywhere there was song and celebration.

(“Woodstock” sung by Crosby, Stills, Nash, and Young and written by Joni Mitchell)