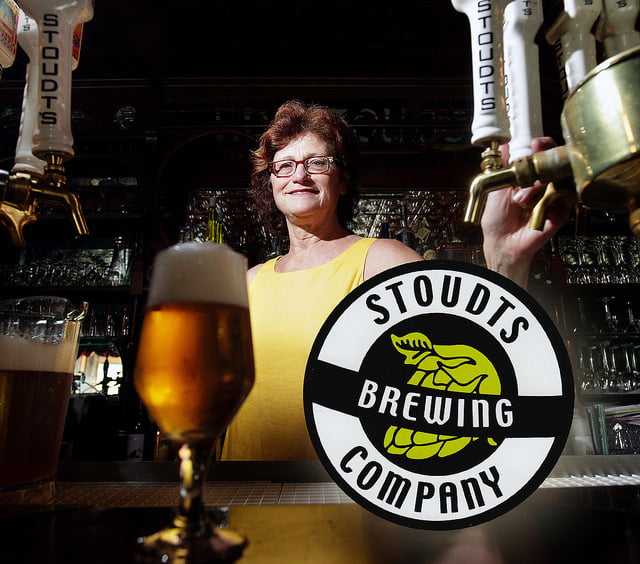 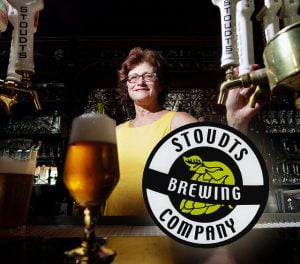 Carbondale, PA is home to 3 Guys and a Beerd.  This was the first brewery to open in Carbondale since Prohibition.  The brewery began eight years ago by friends Dave Oakley, Jon Bronson, Johnny Waering and Matt Zuk.  Head brewer, Matt Zuk, was the first to begin home brewing and experimenting.  Soon after, each friend joined in and that’s how their brewery began.  Their seasonal brews include the Malarkey Irish Style Red Ale, Endless Summer Beer, Soul Patch Pumpkin Ale and the Augustus Chocolate Porter.  They also offer a clean shaven series which are very limited and draft only.  Check out their events page on where to find them around town.

Shawnee Craft in Deleware, PA takes a special approach to their brewing.  They produce small batch hand-made beers that are aged for months or even years in oak barrels.  They aim to brew with all natural, whole food ingredients.  Shawnee Craft also tries to use as many local ingredients as possible.  Their beers are free of any artificial preservatives resulting in fresh and satisfying brews.  They are true to their motto, “True to nature, true to the craft”.

Dan and Sue Weirback began Weyerbacher Brewery back in 1995.  They also began home brewing like many others and two years later, their brewery was born in Easton, PA.  They offer seasonal beers like White Sun Wit, Insanity, Winter Ale, Imperial Pumpkin Ale and Autumnfest.  Year round beers include the Blithering Idiot, Double Simcoe IPA, Last Chance IPA, Big Ern’s IPA and Merry Monks just to name a few.  There is a visitor’s center on Line Street in Easton where guests can tour the brewery and taste any of the six beers in stock for free.  Merchandise and beer are available for purchase too.  They are open Monday through Saturday from 12:00pm to 7:00pm and Sunday’s from 12:00pm to 5:00pm.

Next up is the Susquehanna Brewing Company in Pittston, PA.  Their mission is to deliver prosperity and enjoyment to the Northeasern Pennsylvania customers through their quality, craft beers made locally in an environmentally responsible fashion.  Favorite brews include the Shandy Spot Lemon Shandy and So-Wheat.  Seasonal beers include the Southern Rye IPA, Toboggan Chocolate Doppelbock and their Pumpkin Ale.  Tours are free on Saturdays and begin promptly at 2:00pm.  Tastings are free!

Stegmaier Brewery in Wilkes-Barre began all the way back in 1857 with Charles Stegmaier’s bottling business.  Soon after, he was the owner of the largest brewing business in Pennsylvania.  The breweries year round beers include an Amber Ale, Pale Ale and IPA.  Seasonal beers include their Oktoberfest, Pumpkin and the Stegmaier High Dive.  Their Stegmaier Gold Medal brew is appropriately named as it has won eight gold medals for its light bodied American lager taste.

Ed and Carol Stoudt began Stoudts Brewery back in 1987.  Carol became the first woman to open a brewery since prohibition.  She is known around town as “the Queen of Hops”.  Their brew pub samples over 12 different styles of their hand crafted beer.  Tours are available every Saturday at 3:00pm and then on Sundays at 1:00pm.

All of these craft brews can be found at Mill Market in Hawley.  Craft beers are sold in 6-packs or can be purchased individually.  A growler is $36.00 and can be filled at Cocoon Coffee House, Glass Wine Bar at Ledges Hotel or right here at The Settlers Inn.  Now that the weather is turning colder, enjoy a local, regional or international brew by the Chestnut Tavern’s huge fireplace.  We’d love to host you when you travel to Hawley.  Check out our current availability and book your reservation today!