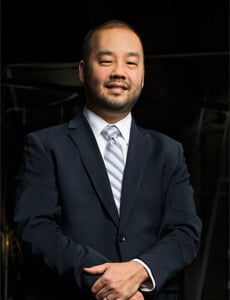 Under the direction of Lawrence Loh, make it a point to attend a Northeastern Pennsylvania Philharmonic concert this year.  Lawrence Loh is the Music Director for the Philharmonic and is currently celebrating his tenth season.  Since joining the Philharmonic back in 2005, the orchestra continues to uphold their reputation as one of the finest regional orchestras in the country.  The Northeastern Pennsylvania Philharmonic performs in two locations: The Scranton Cultural Center at the Masonic Temple and the F.M. Kirby Center for the Performing Arts in Wilkesbarre.

The 2015 schedule is already underway and the next performance is coming up on January 22nd.  The Chamber Series will put on Woodwind Delight at the Sordoni Theatre at WVIA Studios featuring the Philharmonics wind and brass players.  Continuing in the series will be The String Trio featuring Jeremy Lamb playing Goldberg Variations on March 4th.  For a romantic outing on Valentine’s weekend, celebrate with Cinematic Love Stories from the silver screen.  On February 13th and 14th at the Theater at Lackawanna College, music from motion pictures like Titanic, Brokeback Mountain, Vertigo and Gone With the Wind will set the tone for a most romantic evening out with your loved one.

Continuing into spring, make plans to attend the Masterworks concert Bach, Mozart and Barber at the new performing arts center Wyoming Seminary.  Music to look forward to on this special night will include Brandenburg Concerto No. 3, Fantasia on a Theme by Thomas Tallis, Adagio for Strings and Symphony No. 29.  On April 10th and 11th, The Texas Tenors Return to Northeastern Pennsylvania.  This group gained great fame on the show America’s Got Talent.  The year’s season finale will be May 8th with violinist Anne Akiko Meyers returning for this special night.  Beethoven’s Coriolan Overture and Symphony No. 7 will be performed in addition to Anne’s performance of Concerto for Violin.

Tickets for the Northeastern Pennsylvania Philharmonic can be purchased online.  Gift certificates in amounts ranging from $31.00 to $63.00 can also be purchased for future concerts.  It’s a great way to give the gift of music so that the recipient can choose which Philharmonic concert they would like to attend.

The Philharmonic welcomes donations which go directly towards supporting The Phil in the Community and The Phil in the Schools.  Donations can easily be accepted online in any amount and you have the opportunity to choose which program you would like your donation to go towards.  Other ways to get involved are through the Encore Club and the Philharmonic League.

Each year, the Philharmonic introduces classical music to the community through programs like Crescendo Family Concert and the Young People’s Concert.  Other ways the Philharmonic gets the community involved is through the Meet the Maestro event and through Music in our Schools.  The orchestra also opens their rehearsals to anyone wishing to attend.  This is a wonderful educational opportunity and is free of charge.

When planning to attend one of the Philharmonic’s many concerts, let us be your hosts for the evening here at The Settlers Inn.  Our property is home to 21 guest rooms, a full service farm to table restaurant, is surrounded by beautiful gardens and borders the Lackawaxen River.  This cozy bed and breakfast is the perfect spot to unwind and just relax.